Mouse over for full size image 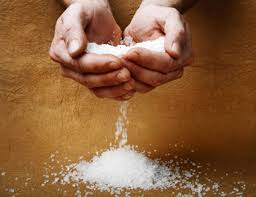 Fleur de sel, ("flower of salt") means and actually is the sea salt gathered by hand from the very top of the salt pit, before it is sunk and crystallized in the lower levels of the salt pit.

Fleur de sel is gathered in few sites in the world, washed by hand, dried under the sun and standardized in small quantities. The most famous and of known quality fleur de sel comes from France, Portugal and Greece.

This kind of sea salt preserves a significant percentage of humidity as it has not been treated chemically. The fleur de sel is naturally white colored without having been artificially whitened like the common sea salt. The distinctive texture of the fleur de sel is the secret for the specially crystalized form, the soft taste and the long term preservation of all its precious features.

The fleur de sel contains micronutrients necessary to the human body, so it is highly recommended to buy and consume. It dissolves faster than common sea salt and thus it is better to be added in foods just before they are served. The fleur de sel is absolutely pure and natural; no added substances, nothing has been removed from it. 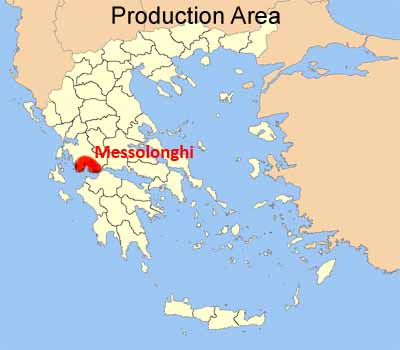 "Afrina" is born on the surface of the Messolonghi lagoon and the precious salt flakes are picked by hand. An exeptional fleur de sel, white, soft and light, that preserves its natural moisture.